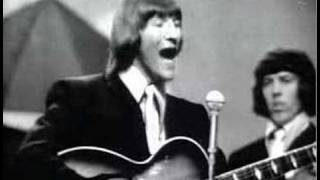 One of the first groups I ever did a show with, as a Deejay/Emcee was THE HOLLIES, they were on the same Bill as Peter Noone and HERMAN'S HERMITS, and several more hot acts at the time in a large arena. Things have changed since those days a lot, for instance, it was an afternoon show and I was told to go over and pickup a couple of the Hollies at 1:00. Arriving on time at the Holiday Inn, I knocked on the door a few times until it was finally opened by GRAHAM NASH in his bla 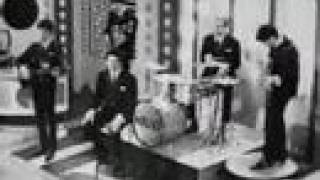 When Eye Lipson and I were doing Radio shows for the Blind folks, we produced a few specials for Holidays. They were entertainment and allowed volunteers at the Radio Station to have the Holiday off. We produced a two-hour Christmas Special that was syndicated around the country, and some others including an International Best Program Award winner for a show we did on (the U.S.) Labor Day holiday. We'd sit around and brainstorm what other holidays we could do, and a Thanksgiv 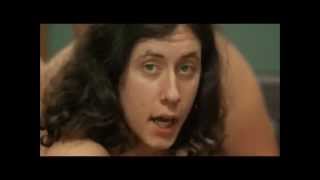 Protest Rock in the Era of Vietnam

One of the things that drove the crowd at WOODSTOCK, was the continuing carnage of the War In Vietnam. I don't think anyone who wasn't alive in that era has any idea of the upheaval of that awful mistake, and the literal Legions of College Students and other Protestors who took to the streets, and often took over their schools. It was at that grimy and iconic Music Festival, that the man and group who would become most associated with those protests appeared, they were called

There Really Was Smoke on the Water

One more quicky, Scott found a rare Kinescope of a Color TV Show in 1967, (The Hollywood Palace), with a live performance of THE BUFFALO SPRINGFIELD. STEVIE STILLS looks like he doesn't even shave yet in his Cowboy phase, and NEIL YOUNG introduces his Hot Guitar Licks and is a vision in fringe. It's fun you all, and was the beginning of a whole new trend in music. Here are The Springies wailing FOR WHAT IT'S WORTH and MR. SOUL. @therealdonrocks [if !supportLineBreakNewLine] [ 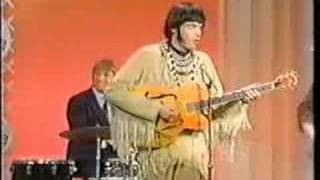 So in 1969 the British Heavy Metal movement began, and one of the bands in the Spear Head was, JUDAS PRIEST. They scared a lot of people at first, decked out in black leather and chains, with their Marshall Amps on 11.They were incredibly popular in the 70's decade, despite many personnel changes and lack-luster recordings. But at their Concerts the Head Bangers in the Mosh Pit, went crazy. Considered the second biggest Band in their genre, The Priest have sold over 40 millio 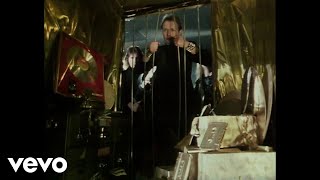 From the Roots of Rock: Sonny and Brownie

Let's do a quickie in our Roots of Rock series, going back to Gut-Bucket Blues with SONNY TERRY (Saunders Terrell) Mouth Harp and vocals, and BROWNIE MCGEE (Walter Brown "Brownie" McGhee) on Guitar. They're both gone now, but for many years Sonny and Brownie were Top Draws at Blues Festivals and Night Clubs. Here's a clip from the Show, "Blues Masters," in 1966, of the duo doing: "HOORAY, HOORAY, THESE WOMEN IS KILLIN' ME," and obviously having a great time. @therealdonrocks 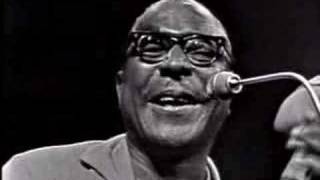 We've talked about The Roots of Rock and Roll in R&B Music, but so-called Soul Music had its own roots in Gospel. Almost all the great Black Women Singers had their roots in Church, from Aretha on down. Perhaps the greatest influence on that generation of singers was, MAHALIA JACKSON. She took the music of the Black Church to a new level of emotion and rhythm, and was a wonder to watch. I came across this film clip from the Newport Jazz Festival in 1970 with the lady singing, 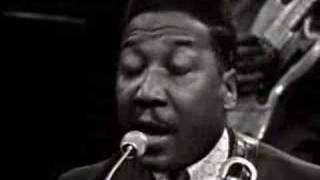 I was thinking about the old "Soul of Memphis," the multi-talented RUFUS THOMAS, the other day after Scott found a video of him doing his 1963 Hit, WALKING THE DOG. He had a long career, starting in vaudeville, singing and tap dancing in the 1930's and eventually became a Star Deejay on Memphis' legendary WDIA Radio Station. He was great on the air, often funny and topical, and is one of the few, if any jocks I remember, that were on the air before and after their successful 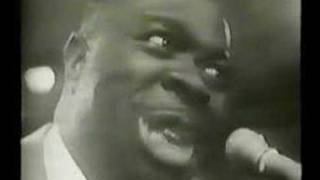