Petula Clark Was Hitbound with Downtown

So I was doing our show, THE DARE AFFAIR, with my radio partner, Michael McKenzie, who was Danny Dare to my Donnie. I put on a new record by a British Songbird named PETULA CLARK, called, DOWNTOWN, and said something like "Hitbound! This is the latest artist from the U.K. Downton by PETCHULA Clark, or some such. No one ever called to correct me and then one night after I got off the air, I was watching Johnny Carson, and he brought out the new English singer PETULA Clark. Oop 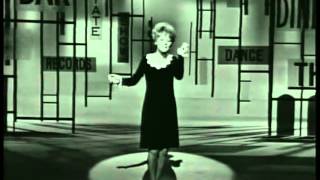