Editor's note: This is the third in a three-part series about the Beatles and their influence on pop music. In part 2, the lads released the Abbey Road concept "Side 2." Today, a new group attempts to recreate the magic. ​ There's no denying that Abbey Road Side 2 is a complex piece of music. It's also generally a given that bands – including the many Beatles tribute bands that still tour today – tend to avoid it. Enter The Fab Faux. Formed in New York City by David Letterman 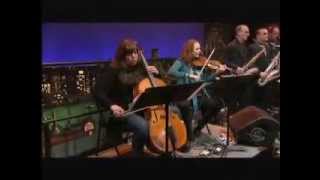